A downloadable game for Windows, macOS, and Linux

Well, you've done it now. You landed your sorry little ship in a small hostile arena with no hope of escape. The best you can do is exercise your unquestionably awesome trigger finger to earn yourself a few more minutes ... nay ... seconds of precious life!

Final Storm is a cross-platform twin-stick shooter and bullet hellish game. It's designed as a pickup game you can play in 5-10 minutes when you just wanna shoot a lot of bullets and dodge just as many. Survive as many waves as possible and pickup a few power-ups along the way (.. ahem... you'll need them). Enemies increase in number and difficulty as waves progress. They're worth more points each wave.

When you've slain enough enemies without meeting your end, power-ups will be dropped in the center of the area. But hurry - they disappear after 10 seconds if you don't pick them up.

If you shoot enough enemies and live long enough, you'll pick up power-ups to help you in your battle. If you're lucky enough to get more than one power-up, you'll be allowed to select one to keep after you die for being such an excellent contender!

This passive power-up surrounds your ship with a force field that can withstand up to 3 impacts.

This passive power-up is a weapon upgrade. Because 3 bullets are better than one. Fires 3 bullets from your main cannon giving you a 30 degree field of fire!

This passive power-up is a weapon upgrade. Fires a bullet to the left and right of your ship's direction . Of course you can still pivot your main cannon. Helps to protect your flanks!

This is an active power-up. When you pick up this item an icon of an icy snowflake will appear next to your life meter. Launch this weapon with your Right bumpers or triggers. Ice your enemies and stop them in their tracks for 6 seconds of glorious relief!

This is an active power-up. When you pick up this item an icon of a sweeping laser will appear to the right of your score. Launch this item with your Left bumpers or triggers. Slam a spinning blade of flaming death into your enemies for about 6 seconds and take satisfaction in their cries of agony!

This game is in the end stages of development. For less than the cost of your favorite energy drink you can get your twin-stick groove on, support this game and more to come!

While this game CAN be played with keyboard and mouse it's really hard that way. It is best played with a Gamepad or XBox controller.  Any gamepad supporting X-Input should work. This game has been tested with XBox 360 Controllers, MadCat generic Xbox controllers, Logitech 310 and 8bitdo NES30.

Any gamepad supporting X-Input with dual sticks configured for your operating system should work.

(warning - it's hard with keyboard and mouse. HIGHLY recommend a gamepad to play this game)

This game does not require a cutting edge system. I'm not even done optimizing it yet and it runs on relatively old hardware. It was developed and tested on an old ASUS ROG laptop from 2012. It has been tested on more hardware and seems to do pretty well with almost any computer after 2012. It does spray a lot of bullets though and the more horsepower your computer has, the smoother the experience is guaranteed to be. That said here are some specs:

Currently I'm only doing 64-bit builds until I get better access to 32-bit test hardware.

As a one-man company this game would have taken a lot longer to make without many of the great assets on opengameart.org . The artists listed below posted their content and in return, they ask to be recognized for the work they did. So here are the incredible artists that helped make this game possible.

They are listed in the game credits but we'll list them here as well:

Weapon and Shield Gfx - by Tatermand

In order to download this game you must purchase it at or above the minimum price of $1.99 USD. Your purchase comes with a Steam key. You will get access to the following files: 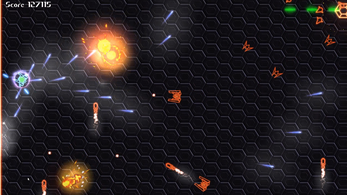 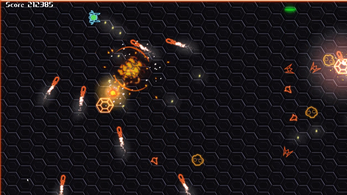 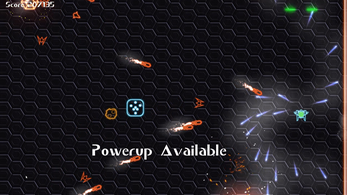 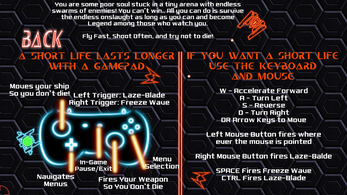 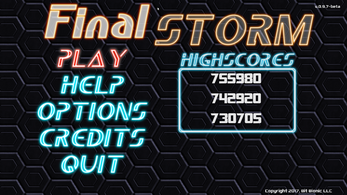